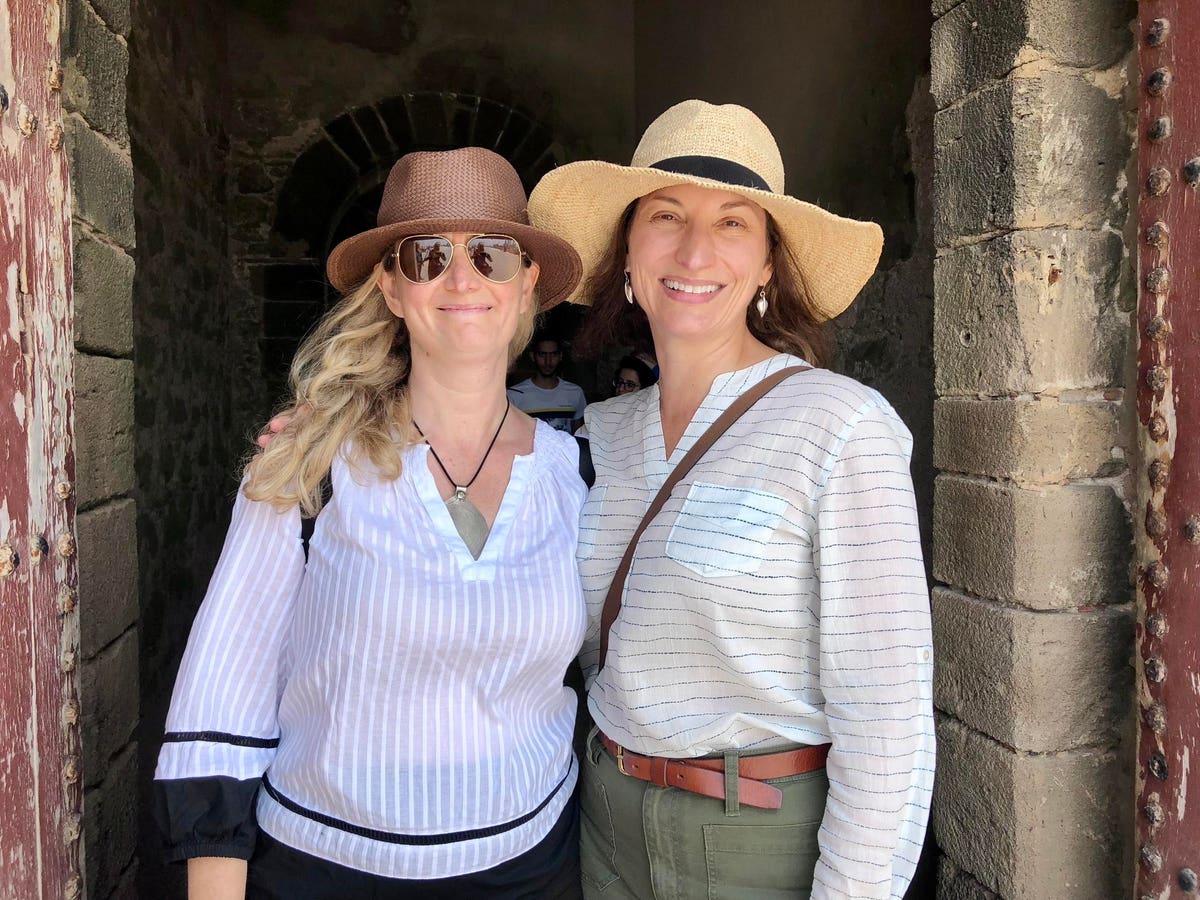 Gyde and Seek is a travel platform that doesn’t believe in travel as usual. I confirmed it in Mexico this summer after getting hooked on the personalized and socially responsible private tour company that operates in over 20 cities internationally. If you haven’t tried it, you really should.

Paco is a former professional bullfighter and ex-Olympic chess prodigy who is as comfortable in the ballet of Mexico folk scene as he takes visitors lucha libre. In colonial Puebla, Married knows the best hidden places for baroque dishes, like peppers in nogada, but his true passion is Arabic tacos. So there is salvadorwhich will elucidate the Toltec ruins of Tula or the Aztec glyphs of Tepotzotlán but will also be able to deepen the blues of Chicago.

The company was co-founded by Vanessa Guibert Heitner, a veteran travel planner, and her friend Andrea Guthrie, a business strategist who grew up around the world with her diplomat parents. Their idea was to connect discerning travelers directly with charismatic, highly trained guides in each location, but without group experiences or obnoxious price increases. Gone are the middlemen and layers of onion-like tour operators that add cost, complexity and risk of accidents. Instead, you’re looking for the elements of a tour you’re looking for – food history, street art, nightlife, Jewish culture, and more. – and Gyde and Seek’s algorithm will match you with a guide. You then coordinate directly with that person and the guide, who sets their own prices, receives the lion’s share of the fees. It’s like Airbnb for the people who show you the world.

After a very positive first Gyde and Seek experience in June, I have booked two more Gydes for August. Mexico City is the company’s most popular destination and the platform really served my particular needs: a trip was a family graduation party for my son. Next was an extended family visit to the ancient pyramids of Teotihuacan, located 30 miles outside of Mexico City. The third was a day-long food tour in Puebla with three hungry teenagers. In each case the guides went above and beyond the usual “here we have a cathedral founded in 1548 built of limestone” type tours. The three guides were super engaged, very knowledgeable and also cool to hang out with, which is important. Maria, for example, showed us where and exactly how to eat those street tacos she loves, and she also pointed us to the best coffees, chocolates, mole, and mollettes. The crowd of tough teens had a blast and that’s the point: you’re on vacation, after all. You don’t want to be stuck in heaven with a wet cloth all day. Someone like Maria elevates the whole trip.

Guibert Heitner and Guthrie recently chatted with me via video to talk about their business philosophy, the challenges of pandemic travel, and their hopes for the future.

What was the travel problem you decided to solve with Gyde and Seek?

Vanessa Guibert Heitner: I had been in the industry for a very long time in a more traditional type of high luxury operation. We were always looking for ways to portray a destination in a way that wasn’t reductionist or exploitative and didn’t exoticize the culture. So in the case of Argentina, where Andrea and I met and worked, we wanted to find a way to organize tours that went beyond tango and steak. This meant finding people with unusual perspectives on everything from human rights and economics to fine and folk art; artisans of all persuasions, historians, scientists, sociologists, intelligent experts. I am a former university professor, so the training of our guides was very important from the start.

Andrea Guthrie: We also wanted to provide service without costing as much as the big travel companies, like Abercrombie & Kent. This meant designing a technology platform to solve all the little problems that exist with most tour operators. So we knew we wanted to eliminate all the extra steps and multiple parties involved in a typical tour experience. The old model where you would call a travel agent, and they would contact a local office in Patagonia, and that office would contact a guide, and each person takes a small cut of the profit, so the costs add up.

Vanessa Guibert Heitner: Not only does this increase costs for consumers. It massively lowers the remuneration of the guides. There’s no value, and it takes away those subtle opportunities to let a guide do their thing if, say, someone comes to Rio and really wants to see postmodern kinetic art.

People have contacted each other the day before a trip to say, “I’m coming to Mexico City and I want to photograph churches at night. The guide answered and said, “I’m also an architectural photographer. I’ll take you to see six churches tomorrow night. If you were working with an agency, there is no way to organize something so quickly.

You have about 400 guides. How do you select them?

Vanessa Guibert Heitner: We traveled to most destinations ourselves to meet each person, or sent members of our staff to meet them. We have strict criteria and reject more than 80% of people who want to be on the platform.

What does it take to be a Guide and Seek guide?

Andrea Guthrie: Experience, university degrees, expertise, this is the first.

Vanessa Guibert Heitner: There is a threshold at the start. Can they back up what they promise? Whether it’s a sommelier, an art history guide, or a Jewish historian, does he have the qualifications and knowledge base? We interview them and hang out with them in person so we can, you know, feel them.

Vanessa Guibert Heitner: Feel them. Nobody likes guides that smell bad. You want their English to be good. You want a personality. You want enthusiasm, excitement, friendliness. You want people who won’t take three days to get back to you.

Andrea Guthrie: You want someone who will listen, not just to your questions, but to your concerns, and even read between the lines and understand what makes a guest happy and comfortable. Being attentive is the first thing I want.

These are not easy times for travel agencies. How is it going?

Vanessa Guibert Heitner: It was very difficult. We have been hit hard by the pandemic. We suffered a year of cancellations in just a few weeks in 2020. Planes stopped flying. There was a cognitive dissonance for us – we were like, how is this possible?

We have ten new destinations ready to launch, including Peru, Croatia and Finland. The guides are ready, the profiles are written. But we can’t launch them because we’re waiting to see how the recovery goes, what’s happening with the Covid rates, the economy and all that.

Andrea Guthrie: We focus on wins. We had a Swedish family who took their kids out of school and traveled with Guide and Seek for a year. Four children 14 and under. We structured their experience and it became a true learning journey for the family. However things turn out, we’re incredibly proud of what we’ve built and the kinds of experiences our customers have had.

Vanessa Guibert Heitner: So many people dream of traveling, but often the experience can be disappointing. You get 60% of what you want if you’re lucky. For us, the goal is 100% exceptional. A tour should never feel canned. A destination should never look like a cliché. Sixty percent just isn’t good enough.

This interview has been edited and condensed for clarity.