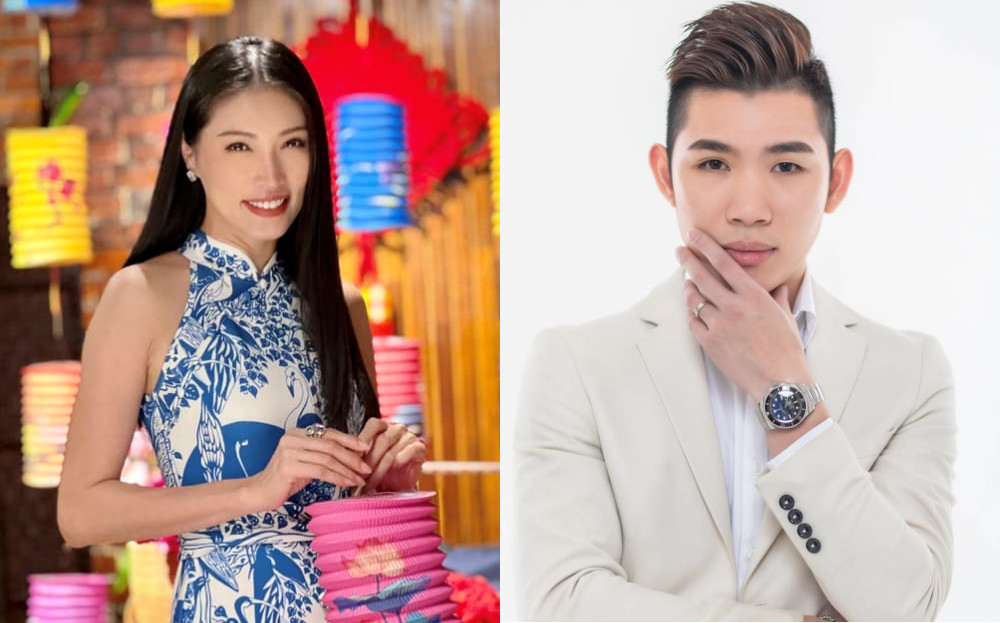 “Prawn King” Umance Chong (锺宏绅) is back and causing more controversy. Previously, the Prawn King was dragged online for his alleged mismanagement of his SuperM Wholesales Mart business. Unfortunately, the anger has since spread to his tourism business, MF Travel.

According to reports, MF Travel bailed out several customers, leaving them floundering and demanding something be done. However, they are not the only ones to suffer. It turns out that local artist Amber Chia (谢丽萍), who had endorsed the brand, was also wronged!

Things first came to light when internet user complaints about MF Travel went viral. According to reports, the company had informed its customers that it was unable to find hotels for them. Unfortunately, that was after they had all paid for the travel package. Needless to say, customers were not happy.

Then yesterday (October 3), Amber spoke out via her social media. The actress shared that many have approached her about it as she previously endorsed the brand on her social media. “Actually, I don’t know (about it), because I’m also one of the victims,“said Amber.

Amber explained that previously she was invited by MF Travel to help promote the platform. “The costs for the package tour were directly linked to the travel agency, so I could promote it with confidence,“said Amber. “I did not expect (to have) so many problems.”

The model and actress later apologized to the victims, adding that she would do her best to help them. However, she added that she too had her own issues. “Because I can’t contact (Umance), my guest fee hasn’t been paid yet,” she says. “(I)hope things can be resolved soon.”

Amber isn’t the only one involved in this. Another local artist, Ribbon Ooi (黄若熙), was also dragged into the mess. Ribbon claimed she was on a planned joint trip between MF Travel and another company. While she enjoyed it immensely and recommended the package to others, she too had not foreseen the problems that were now arising.

According to his social media, Umance has not been active since August. Thus, most fear that their issues with MF Travel will be resolved anytime soon. However, we sincerely hope, for the sake of the victims, that this will not be the case.