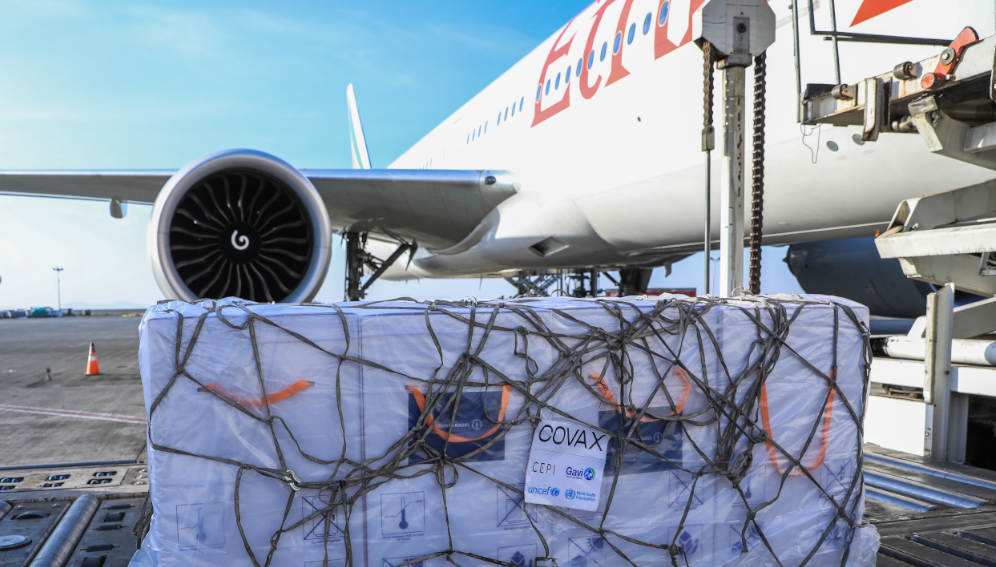 A mandatory pass to travel within the European Union during the COVID-19 pandemic has been criticized for leaving behind low-income countries dependent on the COVAX facility for vaccinations.

The EU’s Covid digital certificate, dubbed the ‘green pass’, went into effect Thursday, July 1, with the aim of making it easier to travel across the bloc.

However, concerns were expressed after it emerged that it did not recognize people inoculated with Covishield, a brand of AstraZeneca vaccine produced by the Serum Institute of India.

“It has to be argued that as long as a vaccine meets WHO standards, it should be considered equal and eligible for the Green Pass. “

The pass will include information on vaccines and tests performed for COVID-19. It is available for passengers who have received AstraZeneca (Vaxzevria), Pfizer / BioNTech, Moderna and Johnson and Johnson vaccines, approved by the European Medicines Agency (EMA).

Under current rules, Covishield beneficiaries would be excluded as the vaccine has not yet been approved by the EMA.

However, media citing a source from India’s Foreign Ministry said Thursday that nine of the 27 EU member countries plan to allow Covishield as proof of immunity for travelers, regardless of pass restrictions.

SciDev.Net could not independently confirm the reports at the time of publication.

The Covishield vaccine was approved by the World Health Organization (WHO) for emergency use in February and is being rolled out through the COVAX facility to provide access to low-income countries, as well as to India.

The African Centers for Disease Control and Prevention (Africa CDC) and the African Union (AU) say the developments are “concerning, given that the Covidshield vaccine has been the backbone of the COVAX contributions supported by the EU. to the immunization programs of AU Member States. ”.

“Under these regulations, people who received Covishield, although able to demonstrate proof of vaccination, would continue to be subject to public health restrictions, including movement restrictions and requirements. test, with considerable administrative and financial implications, “they said in a joint statement. declaration of June 28.

They urged the European Commission to expand eligibility for vaccines approved for COVAX and warned that inequalities in access to green passes could “persist indefinitely” if the Serum Institute of India does not seek permission from Covishield on the EU market.

The European Commission did not immediately respond to requests for comment.

Serum Institute of India chief executive Adar Poonawalla said in a tweet that he had addressed the issue “at the highest level” and hoped to resolve it soon “both with regulators and at a diplomatic level with countries.” .

“I realize that a lot of Indians who have taken Covishield face problems traveling to the EU,” he wrote.

I realize that many Indians who have taken COVISHIELD are facing travel issues in the EU, I assure everyone, I have taken this to the highest level and hope to resolve this issue soon, both with regulators and at the diplomatic level with countries.

Tanimola Akande, professor of public health at the University of Ilorin, Nigeria, believes the green pass controversy should pave the way for the renegotiation of vaccine standards with the WHO.

“It has to be argued that as long as a vaccine meets WHO standards, it should be considered equal and eligible for the green pass,” Akande said.

Akande sees Covishield’s omission as “the introduction of a policy of vaccine superiority outside the WHO” which he says “is unwarranted and runs counter to the call for non-nationalization of vaccines “.

The WHO said countries “should not introduce COVID-19 proof of vaccination requirements for international travel as a condition of departure or entry.”

Mwidimi Ndosi, Senior Lecturer in Rheumatology Nursing at the University of the West of England, Bristol, UK, said: “Because the WHO has opposed vaccine passports, it seems that the producers of Covishield did not foresee the need to comply with authorization on the European Union market.

“For me, this is more of an administrative problem that should be resolved quickly. I would have been more concerned if it was the quality of the vaccines.

“People who have received vaccines through the COVAX facility may be tempted to think of this as a quality issue and to feel that they are being treated second class. It’s not [the case]He adds, stressing that the quality of Covishield has not been questioned so far.

What is the IATA Travel Pass and do I need it for travel?