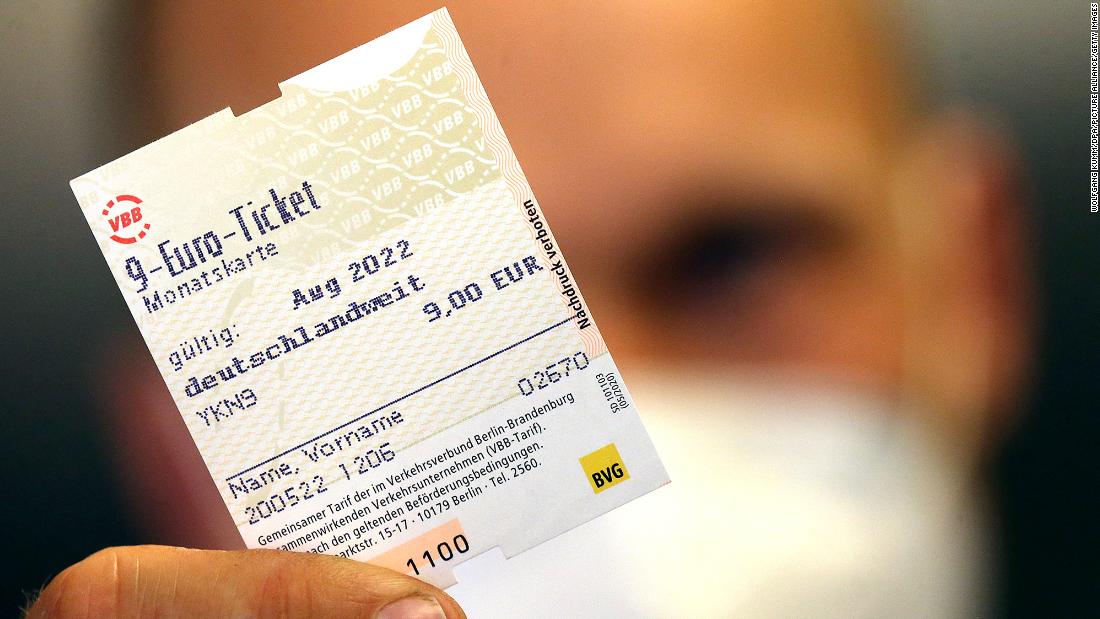 (CNN) — A whole month of unlimited transport for just $9.50 – that’s a lot anytime, but in a time of rising fuel prices, skyrocketing car rental rates and a global cost of living crisis, it becomes unbeatable.

So pack your bags, because the most affordable travel destination this summer, if we go by transport, seems to be Germany.

The German government today approved the creation of a €9 ($9.50) monthly public transport ticket. It will launch in June — just in time for a summer trip.

The card can be used nationwide, on local and regional transport – trains, buses and trams, according to local media.

However, local means local – so it cannot be used for long-distance bus or train services. In other words, the popular IC, EC and ICE trains are exempt, although you can combine long-distance travel with regional transport covered by the pass. Trains marked RE are regional and therefore part of the package.

The deal will run for the months of June, July and August, as part of a government energy aid program by encouraging people to use public transport to get around this summer. 2.5 billion euros ($2.6 billion) have been injected into the project by the government. Each pass will be valid per calendar month. So if you buy yours on the 14th, you still won’t be able to use it until the end of the month.

But although it was designed for locals, tourists can also buy the pass.

Germany’s national railway, Deutsche Bahn, has already added the passes to its website. They will go on sale May 23.

The only problem? You cannot reserve a seat with this pass. But at this price, you’d probably be happy to get on the roof.