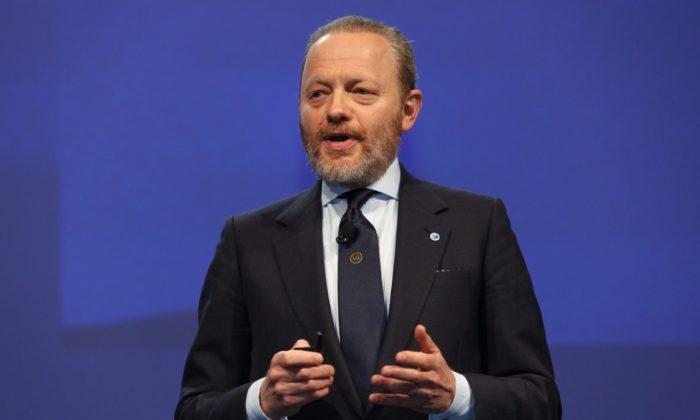 When we think of the big players in the travel industry, the first names we go to are probably Marriott or Hilton, American or United Airlines, or maybe Hertz and Avis. Behind the scenes, we can probably imagine CFOs gearing up for quarterly earnings calls, outside consultants advising on how to improve business efficiency, and teams of marketers hiring agencies. advertising and research companies to stay on top of the latest trends. Their feedback leads to collaborations with designers of the day and celebrity chefs who match the psychological profile of target clients.

Here is another story.

Every year in January, the CEO’s mother starts working on holiday gifts for the following year. She begins with her list of all the gifts given during the previous holidays. Some date back decades, reflecting longtime employees. Fortunately, perhaps, his involvement is limited to the hotel group and river cruises, so his list only includes 4,000 of the more than 10,000 people the group’s 30 companies employ.

With a history stretching back to a small hotel outside of Cape Town in South Africa since the early 1900s, its fourth generation is now on board and the company operates across seven continents, with over 40 offices. It serves over two million customers per year. It generates annual revenues of around $ 2 billion, according to its chief executive Brett Tollman, about half of which comes from its tour operator business, and the rest is split between its river cruises and its portfolio of luxury hotels.

The fact that you may never have heard of The travel company doesn’t particularly bother Tollman, who is one of nine family members deeply involved in the business. Same sound Red carnation hotels may be better known by their individual names such as Ashford Castle in Ireland (below), Hotel D’Angleterre in Geneva, The Chesterfield in Palm Beach, The Twelve Apostles in Cape Town, Bushmans Kloof in the Cederberg mountains in Africa South, and its six hotels in London, including The Milestone and 41 Hotel.

Its travel brands such as Trafalgar, Insight Vacations, African Travel, Brendan Vacations and Luxury Gold, its most recent, may not be particularly well known to the general public, as most sales are through travel agents. As Tollman says, his preference is to focus the money on supporting the trade and pushing it back into the product rather than marketing to consumers.

One area where the TTC has been particularly aggressive is giving back. Tollman says the philanthropic goal is to make sure the money returns to the communities he takes guests to, from rural India to Africa and Latin America. A new initiative with Toronto-based social enterprise ME to WE (pictured below) enables customers to engage in “intentional” travel. This group donates 50 percent of the profits to projects such as building schools (more than 100 have been built), ensuring that drinking water projects are sustainable (40 percent fail over the years. first three years because there is no support afterwards), the remaining 50 percent go to social enterprise. In fact, although TTC tour brands promote ME to WE programs to their customers, they do not receive any income or profit, and although TTC tours can be combined with ME to US programs, they can also follow them separately. “It’s completely altruistic,” Tollman says, noting that the dark side of the travel industry is the perception and sometimes the reality that little of the money vacationers spend stays in the places they visit.

TTC also funds the TreadRight Foundation through corporate income. In eight years, its 40 projects have reached over 30 countries, including protecting over 130 bush art paintings in South Africa, conserving reefs in the Caribbean, stopping elephant abuse in India , the provision of drinking water in Cambodia and the connection of rural artisans in Greece to the world markets, creating sustainable jobs.

The doing good approach is one of TTC’s core beliefs and is flaunted even when the CEO is away. At a trade show media encounter in Las Vegas in August, as cruise lines, hotel groups, other tour operators and travel suppliers used their time to talk about new ships and hotel openings Coming up, the president of TTC’s African Travel brand used his five minutes to spread the word about how tourists could help fight poachers by engaging in safe social media.

While Tollman says TTC is debt free, he is not against seeking acquisitions. He points out that the company’s growth beyond its hotel roots began in the 1940s when his father acquired tour operator Trafalgar. Earlier this year, the company decided to expand its hotel footprint with management contracts, not just the current ownership model. Over the past decade, it has entered the fast-growing river cruise market, purchasing entry-level mid-range Uniworld, and over the past five years, has repositioned it in the luxury segment, in renaming it Uniworld Boutique River Cruise Collection.

It might not surprise you that cabins and public spaces are not designed by trendy designers. That task falls on Brett’s mother, Bea, of the aforementioned holiday gifts and sister Toni. So it may not surprise you that, like the rooms in its hotels, no two cabins are the same, the pair making each cabin a “unique room”. To better define its offer, the company borrows a lot from its hotels, especially in the culinary field. While competitor fleets are often similar in style, Uniworld’s ships, according to the CEO, are each unique in their interior design, meant to represent the regions they sail in, just as its hotels are closely aligned with the aesthetic. local. Its most recent ship, the Joie De Vivre, which will arrive in 2017, will sail on the Seine and there will be a dance floor and an outdoor cinema on the roof.

One of the largest privately held companies in the travel industry, the history of the TTC is not just blue skies and clear navigation. Tollman points out that the terrorist attacks in Europe have reduced demand. He sees travel agents as a key way to calm the nerves of anxious consumers who are put off by scary headlines. “There is no reason not to go to France at the moment. The lines are short, the value has never been so high, ”he says. And while Uniworld only brings in a new ship every two years, the market is now suffering from oversupply, and then of course, what’s the future of escorted coach tours? Will new generations really want to explore destinations on a “If it’s Tuesday, it must be Belgium?” “

According to Tollman, from 2001 to 2010, the volume of its escorted programs fell by 50%, with many customers moving to sea and river cruises. However, he believes there are opportunities for growth now. He says the focus is now on adapting the traditional approach of being in the lobby at dawn to start later in the morning, more free time and private access than travelers who have not a millionaire’s budget would normally not be able to organize. He signals after-hours museum visits, avoiding the crowds, visiting a family-run farm in Sorrento, then joining the owners to help cook dinner in the kitchen, while taking in the views of the Bay of Naples. Due to TTC’s purchasing power, consumers also save money.

Tollman believes the idea of ​​traveling with a group adds to the immersive experience that customers increasingly want. He says that for consumers who really want to learn more about the places they are visiting, having an expert local guide with you around the clock provides information and insider perspectives that independent travelers miss out on unless they are. ‘they cannot afford the expense of private cars and the like. Even at the top end, Tollman thinks there is room for the bus. Luxury Gold by Insight Vacations is described as “the art of traveling in style”. All meals are served in Michelin and notable restaurants with dishes ranging from Europe to Asia.

The Reluctant Entertainer website traveled on an itinerary in Italy and the writer pointed out features such as before opening access to the Vatican Museum. In addition to the best restaurants, they stayed in groups at hotels “with marble bathrooms”, and the blogger explained how nice it was to have a guide “we could ask for anything. There were no stupid questions. For those who think coach tours are synonymous with second-rate hotels, this was a revelation.

Beyond the TTC, Tollman is bullish on the travel industry. He is vice-president of World Travel and Tourism Council, a group of 100 CEOs from various travel agencies that provides the industry with a unified voice to address governments. He points out that the industry supports more than 270 million jobs and notes that if high-end luxury goods and fashion face strong headwinds, travel, perhaps due in part to social media, becomes more and more a badge of honor, with more and more consumers avoiding jewelry and handbags or new shoes so they can see the world.

While the future may not be certain for TTC, Tollman says he’s determined to make sure he and his executives understand what customers want. Since taking charge of the group in 2010, he says he has taken the advice of former GAP boss Mickey Drexler, and now several times a year he joins his tour groups, mingling with clients and experimenting. the product first hand. Its branded leaders are each doing the same thing.

Tollman notes that successfully transitioning a private family business from one generation to the next is no easy task, and although at 51, he expects to be in charge for the foreseeable future, with her brother’s children engaged, now is the time to start keeping an eye on who will be the next leader.

Of course, it’s the little touches that could help TTC step into the 22nd century. As you enter the Milestone on a dreary, cold London afternoon, there is a roaring log fire, and in the area beside the reception is a table with a crystal brandy flask welcoming the visitor to he pours himself his own drink, sits down and relaxes. “When you’re with us, it’s like family. You are visiting our house, ”says her sister Toni. In this case, it’s not just a marketing strategy developed by an ad agency trying to make a story.

How to find the right travel agency for you