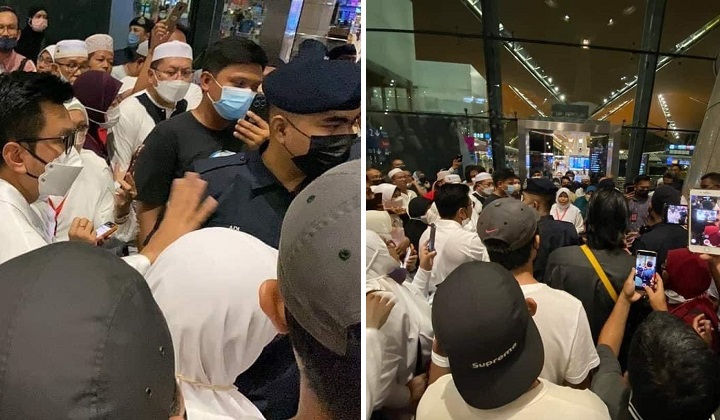 Subscribe to our Telegram channel for the latest stories and updates.

The Ministry of Tourism, Arts and Culture (MOTAC) has pledged to take necessary action against a travel agency that allegedly deceived hundreds of potential Haj pilgrims, who were stranded at Haj International Airport. Kuala Lumpur (KLIA).

MOTAC also confirmed that the anonymous travel agency has a valid license and is registered with the ministry.

The ministry said its enforcement team contacted the travel agency representative who informed them that those who were stranded in the country would be reimbursed in stages and their passports would be returned to them.

“If there are any victims who have not been reimbursed as promised, they should file a complaint at the Main Terminal Police Station (KLIA) or any nearest station,” MOTAC said in a statement released today. today.

Victims are encouraged to file a formal complaint with MOTAC through its Public Complaint Management System (SISPAA) at motac.spab.gov.my and at the Tribunal for Consumer Claims Malaysia (TPPM) at ttpm.kpdnhep.gov.my to get their money back.

MOTAC also added that the incident will be investigated under section 8(1)(d) of the Tourism Industry Act 1992 for the conduct of activities detrimental to the interests of the public, the tourism industry or the national economy.

If found guilty, the travel agency risks the suspension or revocation of its license.

MOTAC advised the public to confirm the validity of all packages offered by travel agencies to ensure that their rights are protected.

Yesterday it was reported that 380 potential Haj pilgrims were stranded at KLIA on suspicion of being cheated by a travel agency.

The group was reportedly offered the Furada Haj visa – which is said to have been issued by the Saudi government to travel agencies – without going through Lembaga Tabung Haji (TH).

Meet the Haitian-American Man Who Built a Successful Travel Company

Morocco Travel Guide: Everything you need to know before you go