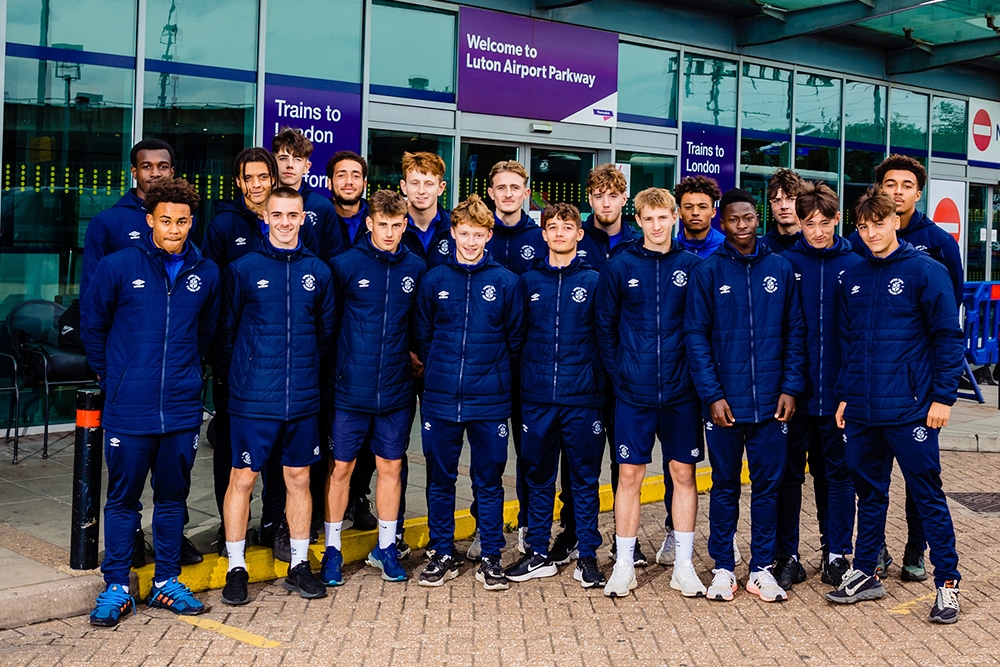 Rail operator Thameslink and the Academy of Luton Town FC have announced that their Academy player support partnership will continue into its 15th season.

The news means that Thameslink has now provided 300 season passes to apprentices aged 16-18 at the club since the start of the partnership, allowing free travel to their places of study and training. Many could not have afforded to attend without the support of the railway company.

Dale Brunton, LTFC Academy Director of Operations, said: “Thameslink has been a great partner to Luton Town Football Club over the past 15 seasons, particularly for the young men at our academy, enabling them to develop at both on and off the field.

“Our Academy players come from a wide variety of backgrounds and many travel considerable distances to train, play and learn with us. Without the generosity of Thameslink, some would struggle to attend their sessions on a daily basis. also our apprentices to give back to the local community through social action days.

Tom Moran, Managing Director of Thameslink and Great Northern, said: “We work a lot with young people, providing them with confidence building and development opportunities that can make a huge difference in their lives.

“This long-standing partnership with the Hatters allows young athletes to develop their talents and pursue dreams they otherwise could not achieve. It’s one of the ways we can make a tangible difference for individuals in the communities we serve.

Centre-back Josh Odell-Bature, 17, is in his second year at Luton. He said: “Coming from west London, I just couldn’t afford to be at the Academy without my Thameslink pass. Finding another way to access my training and education would be very difficult. I would have to find someone to accompany me, so the pass also prevents traffic on the M1!

“Plus I’m meeting friends in St Pancras to come to Luton so it’s good for friendships and a lot less boring than traveling alone.”

Tyrell Giwa, now also 17, was among seven 16-year-olds who began their two-year apprenticeship this summer, joining as a midfielder but now settling into a new right-back role. Tyrell, who travels to the Academy from Hertfordshire, said: “I had two months without a pass at the start of the season and that made a huge difference. I can travel a lot more without involving my mother, and it takes a lot of pressure off her.

Among the Academy graduates who have benefited from Thameslink travel aid are Leicester City full-back James Justin, who recently made his full England debut, and striker Cauley Woodrow, who returned to Luton this summer as one of the star signings for the Championship first team.

Airbnb is a buy, could become the largest Western travel company, says Bernstein