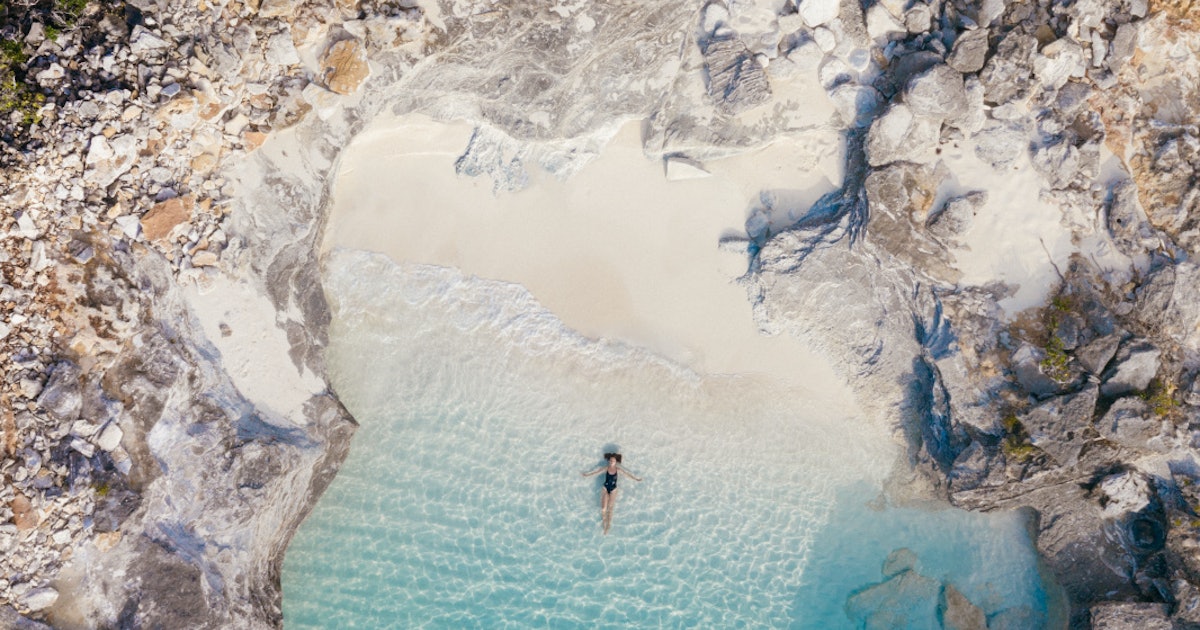 Nestled just below the Bahamas, the Caribbean nation of Turks and Caicos is known for attracting celebrities from all over. “Ultra-luxury resorts on white-sand beaches surrounded by turquoise water,” make the destination a go-to destination for unparalleled luxury, says Kristen Pike, Founder and CEO of KK Travels Worldwide. As the name of the country indicates, the islands are classified into two groups of islands: the Turkish Islands of Grand Turk and Salt Cay to the east, and the largest Caicos Islands archipelago of Providenciales, North Caicos, Middle Caicos, East Caicos, South Caicos and West Caicos to the west. Stretching from Providenciales to South Caicos, half of Hollywood has called this destination at one time or another – with a star-studded Rolodex of celebrities like Donna Karan, Keith Richards, Gwyneth Paltrow, Prince – and for good reason too . “Thanks to the island’s shallow bays and cays, the Turks and Caicos Islands have some of the bluest waters in all of the Caribbean,” says a Provo Tours tour guide.

Unlike some of its star-studded neighboring islands, like St. Barts or Nassau Paradise Island, what Turks and Caicos lacks in nightlife, it makes up for with top-notch beaches, coastal cuisine, and water sports. The latter reigns supreme here, and you’ll often find the A-list crowd taking on a sunset sail, jet ski or snorkel in the open waters to meet the island’s biggest celebrity, JoJo the Dolphin. – a wild Atlantic bottlenose dolphin known to freely interact with tourists. For a relatively small destination, you’ll be pleased to know there’s plenty to see and do, plus plenty of hotels and rental options well suited to anyone looking for the full celebrity treatment. Here’s how to explore the Turks and Caicos Islands like a superstar.

Starting with Providenciales, or Provo (as the locals call it), this island is the third largest island in the country and the most popular for tourism – Grace Bay Beach being the biggest draw. Grace Bay Beach has been voted the #1 beach in the world by numerous publications, including TripAdvisor’s Traveller’s Choice 2022 award. In recent years, the beach’s powdery white sand and clear blue water have become a hub for tourists and celebrities, as it is home to an impressive collection of 5-star resorts and restaurants. Beyoncé, Drake and Michael Jordan are all known for strolling the shoreline as well as stopping at hotels like the Ritz Carlton to dine at Italian restaurant Casa Nonna or hit up the on-site casino.

Blue Hills is one of Providenciales’ premier three settlements, with one of the most scenic coastal drives. Home to beautiful beaches and plenty of conch shells, it’s a hub for the island’s best snorkeling (called Smith’s Reef), the Rock House Hotel, conch shacks and a local riding stable. In fact, a few years ago when Provo hosted the Turks and Caicos Music Festival, Alicia Keys went horseback riding on that same beach past the island’s most infamous restaurant, da Conch Shack. . John Legend and Chrissy Teigen took their kids to dinner here on a recent vacation, where she wrote on an Instagram post, “Get the spicy jerk, dirty fries and yes, the conch.”

While Grace Bay Beach may be the most critically acclaimed, Chalk Sound National Park is arguably the most scenic. Home to hundreds of small islands, an underwater cave, submerged plane wreckage, and the endemic Turks and Caicos Iguana, this secluded lagoon is home to some of the most vibrant turquoise blue waters you’ll ever see. You can explore the park with scenic boat trips departing from the popular Las Brisas restaurant or by renting a car. Along with the quaint million-dollar homes you’ll pass, you can admire the beautifully pristine beaches of Sapodilla Bay and Taylor’s Bay.

Beside the bay, you are a short drive to Turk’s Head Brewery, followed by the beautiful long winding Venetian Road off the Central Leeward Highway. This 4.7-mile route skirts the shores of Turtle Pond, Flamingo Lake, and Juba Sound, and ends at the eastern tip of the Turtle Tail Peninsula, where Prince’s former home is located in addition to other star-studded villas. where celebrities like Rihanna and Olivia Munn are known to vacation.

On the west shore of Providenciales, nestled at the tip of a 5,000-acre nature and wildlife preserve, the island’s most exclusive resort, Amanyara, is home to a number of celebrities including Will Smith, Brad Pitt, Victoria and David Beckman, and LeBron Jacques, to name a few. “Derived from the Sanskrit words for ‘peace’ and ‘place,’ Amanyara borders the pristine reefs of Northwest Point Marine National Park,” says Kristen Pike. “With individual guest pavilions and villas nestled along the coast, this secluded haven boasts contemporary yet tranquil design while embracing the sights and sounds of the turquoise sea. It is best suited to couples (or couples). families) seeking relaxation and luxury in a secluded and beautifully designed Zen atmosphere.”

Located on the southeast side of Providenciales across from Grace Bay, Long Bay Beach is home to a beautiful, windswept white sand beach that is three miles long. As one of the best kitesurfing destinations in the world, this beach attracts kiters from all over the world, including courses for beginners eager to learn. Even if you prefer to stay on dry land, it’s peaceful to watch the kitesurfers from the beach. Especially if you’re staying at the Shore Club or one of the many luxury vacation villas that have been visited by Niki Minaj and the Kardashians.

Just recently, in March, rappers Drake and Jack Harlow were spotted jet skiing on this particular beach. You can rent jet skis by the hour from one of the local beach vendors and explore the abandoned wreck in the bay, where visitors can climb to the top of the boat and jump into the crystal clear waters, or stop at Captain Oak’s (floating) Tiki. Bar for drinks and some of the best fried fish on the island – or shall we say ocean.

“A short boat ride from Provo Airport,” located between Providenciales and North and Middle Caicos, “Parrot Cay is a great private island experience,” says Pike, for those who want to vacation like a VIP. Among this thousand-acre island you’ll find the COMO Parrot Cay Resort, a luxury resort of villas and private residences where celebrities like Keith Richards, Donna Karan and Christie Brinkley own homes. These private residences are known to be home to other celebrities like Nick Jonas, Justin Beiber, and Angelina Jolie, who also take full advantage of Shambhala Retreat’s famous full-service spa and wellness center, located on the property of this peaceful sandbank. sand.

If private islands, five-star resorts, and over-the-top luxury don’t sell you for a visit, the warm, welcoming smiles you get from the locals will. Even the wildlife is friendly, as you’ll most likely find JoJo the dolphin circling the bays and cays – with his partner and recent heir, baby Dreamer. An unforgettable name assigned to an unforgettable island, for an unforgettable experience!

(keep up to date)