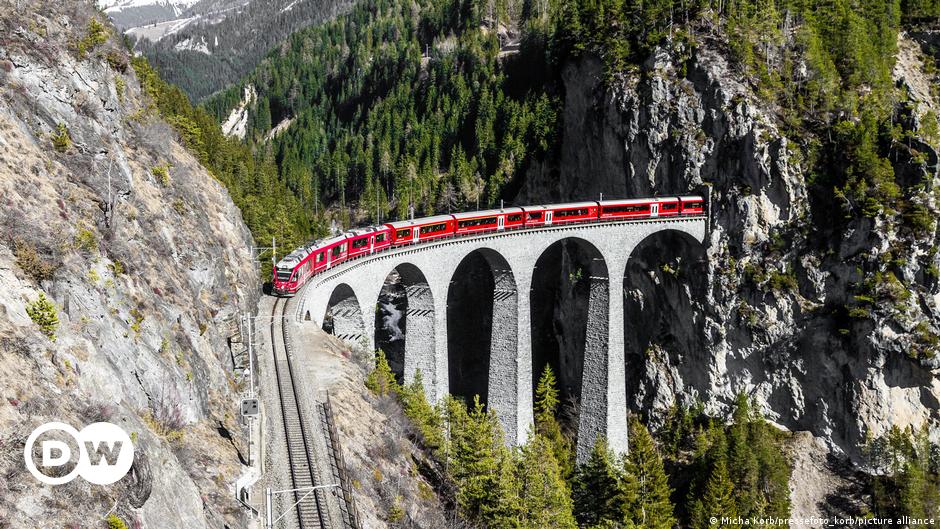 Trees and fields as far as the eye can see, an occasional house and a village in between – train journeys can be so serene. Sophia Klimpel is certainly enjoying her trip from Saarbrücken in Germany to Ljubljana in Slovenia, watching the countryside fly by from her car window. It’s a great way to travel, the 22-year-old said.

“Train travel feels a lot more real to me than air travel because you see the outside world change,” she added.

The Interrail Pass was first launched in 1972 as a special promotion for the 50th anniversary of the International Union of Railways, an industry body. Originally designed as a one-time promotion aimed at travelers 21 or younger, the program proved so successful that it became a permanent offer.

Until the late 1990s, the ticket was only available to young travelers under the age of 26 and those aged 65 and over. Today it is accessible to people of all ages.

Celebrating Interrail’s 50th anniversary this year, coveted travel passes went on sale at a 50% discount in May. The deal proved extremely popular.

Since its inception, some 10 million travelers from Europe, Russia and Turkey have used the pass to visit more than 10,000 destinations in 33 European countries. Depending on the type of Interrail pass purchased, holidaymakers can travel between three days and three months, in first or second class carriages.

Ticket holders do not have to travel non-stop. Instead, they can space out their journeys and spend as much or as little time in the destinations of their choice, making the most of the special discounts included in the Interrail pass. Most people choose to travel between June and September and generally head to sunny Southern and Western Europe, where the coastal regions of Italy, France and Spain are the preferred destinations.

Southern Europe is also the destination of Valérie Maas. As she was looking for inspiration on what to do before starting her master’s degree, she discovered Deutsche Bahn’s special discount on Interrail tickets in May. She seized the opportunity, grabbing a two-month unlimited Global Pass for just €274 ($274).

One of the greenest ways to travel

Klimpel is a big Interrail fan. This is because, according to her, traveling by train is both affordable and environmentally friendly. But she thinks booking travel can be too much of a hassle during peak hours, and she also thinks seat reservations are too expensive.

Maas also enjoys train travel. She appreciates slow travel and the comfort offered by trains compared to other modes of transport.

That’s what Interrail is all about. A Deutsche Bahn spokesperson told DW the Interrail travel pass is about traveling slowly and mindfully, making memories and meeting people along the way. On top of that, of course, train travel is becoming increasingly popular due to its low carbon footprint.

Meanwhile, Maas has reached France. Today, she is changing trains at Vernet-les-Bains, a village in the Pyrenees. Curiously, many shops here sell figurines of witches. According to an old legend, witches leave their forest dwellings at the end of winter to drive out the cold season and make way for spring. A local custom in Vernet-les-Bains is therefore to offer witch dolls as a sign of renewal.

“Coming here and discovering this quirky village was the best experience of my Interrail trip,” said Maas. But his journey is not over yet. From there she takes the Train Jaune, or yellow train, which takes one of the oldest, highest and most scenic routes in France.

After several months of COVID-19 restrictions, people around the world yearn to get away, travel and experience new things. It’s one of the reasons Klimpel embarked on her European Interrail adventure – although she prefers half-empty train carriages, to reduce her risk of infection. Deutsche Bahn, meanwhile, reported a recent increase in passenger numbers – so much so that on one trip, Klimpel decided to sleep on the floor next to the toilet to avoid an overcrowded train carriage.

The light at the end of the tunnel

The COVID pandemic has taken a huge hit to Interrail ticket sales. In 2020, for example, sales in Germany fell by 76% and by 86% in the rest of Europe. However, with most restrictions lifted on the mainland, there is once again growing interest in rail travel.

Klimpel fondly recalls her recent jaunt to Slovenia, where she befriended a couple on an eight-hour train journey, chatting for most of the way. They stayed in touch and later met in the Slovenian coastal town of Piran, where they met over a beer.

Meetings and friendships like these, she said, are what make train travel so appealing today — even in times of the coronavirus pandemic.

This article was originally written in German.