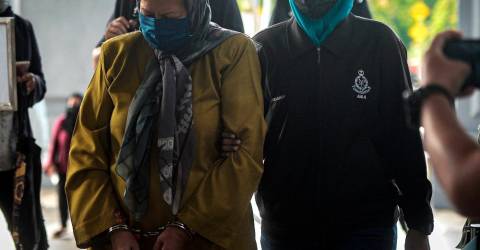 She allegedly committed the offenses at the Bukit Bintang branch of Malayan Banking here between January 25 and October 3, 2019.

The charges were brought under section 4(1)(b) of the Anti-Money Laundering, Terrorist Financing and Proceeds of Illegal Activities Act 2001, which provides for a penalty of imprisonment of up to 15 years and a fine of at least five times the amount obtained from illegal activities, or RM5 million, whichever is greater if convicted.

Earlier, Deputy Prosecutor Norazihah Asmuni requested that the money laundering case be heard together with another case involving the woman in the Shah Alam Sessions Court as it was the same transaction.

Judge Ahmad Kamar Jamaludin allowed the case to be transferred to the Shah Alam Sessions Court and allowed the bail of RM15,000 set by the court to be enforced.

The court also set March 8 to hear the case. – Bernama