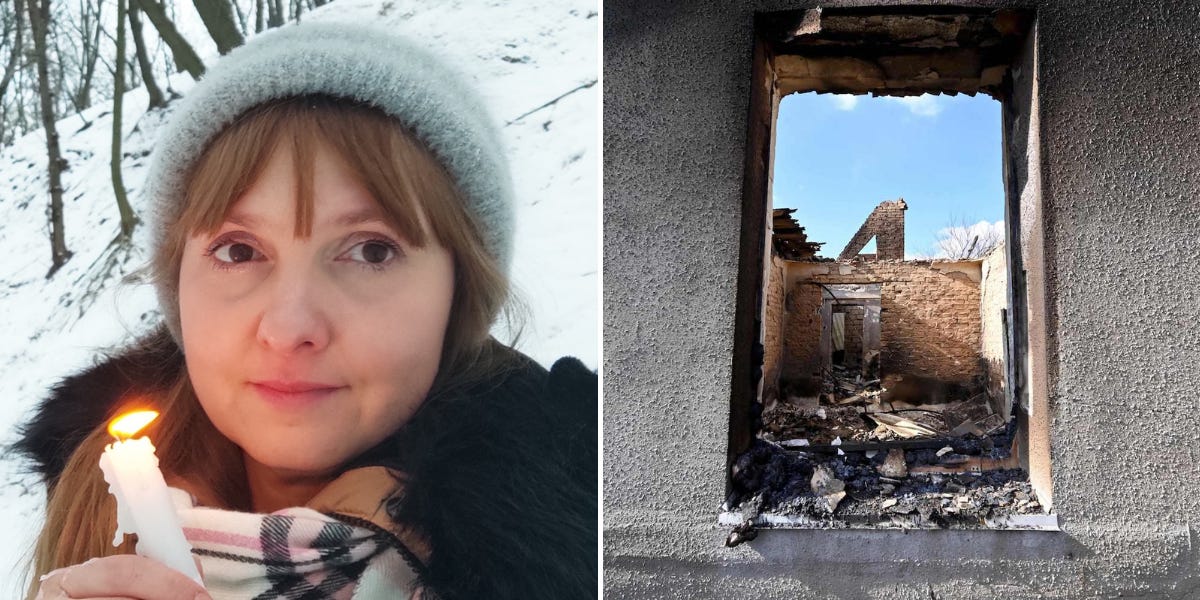 Get the Insider app

The day Russia invaded Ukraine, Olga Dudakova logged on to the virtual tour company Heygo and began organizing a tour which she titled “War In My Ukraine”.

The guide – who told Insider she has been touring for four years – spoke from her home in Kyiv, where she said the sounds of nearby bombs could be heard in the background. Over 1,000 people logged in.

Her goal was to give those tuning in “a personal picture” of the conflict, she said, and to “put them in the real context of what is happening.”

It was a contrast to the typical Dudakova tours which showed “Oceans of tulips near Kiev” and the “glamorous and aristocratic district of Lypky”. (Dudakova’s previous tours have not been recorded, but you can find her upcoming schedule here.)

Since hosting her first war-focused tour, Dudakova said she, her husband and their three children fled to Budapest, Hungary, where they were temporarily staying in a hotel. Dudakova’s life – like the more than 2 million other refugees who fled the country – was uprooted when Russia launched a war against Ukraine.

But what hasn’t changed is Dudakova’s love for her country and her desire to show it. Although Dudakova’s future is uncertain, she told Insider that she plans to continue sharing her story and the stories of Ukraine.

At around 5:30 a.m. on February 24, Dudakova said she started hearing explosions. She said she had been awake the night before listening to Ukrainian President Volodymyr Zelenskyy’s speech warning the Russians not to attack and that she could not sleep.

“I was shocked, I was terrified,” Dudakova said. “And I knew when I heard the bombardment that this was the real war.”

Dudakova said she had scheduled a virtual tour later today. As her family packed their important belongings and documents to move into a bomb shelter, Dudakova said she canceled the tour. Then, at the last minute, she replaced it with a virtual tour about the invasion, during which she spoke about her experience and answered questions from listeners.

“I decided to tell the world what is really going on,” she said.

During the first two days of the war, Dudakova said she and her family spent nights in a concrete bomb shelter. During the day, Dudakova said they returned to their homes to cook, nap and, for Dudakova, to continue hosting virtual tours in which she shared her experience while staying indoors.

Next, Dudakova said she and her family moved from the capital to a small town in central Ukraine, where she was born (Dudakova asked to keep the town anonymous for privacy reasons). Once there, Dudakova said she organized a tour called “A small town to hide from the bombings”, showing viewers the streets of her birthplace from her phone. The tour description warned viewers, “In the event of a bomb threat, sirens may be loud.”

Her family spent six days in the city, at her late grandmother’s house, she said. During that time, Dudakova said she watched videos of nearby towns in ruins, bodies in the streets and “atrocities of war”.

Eventually, she made the decision to leave Ukraine.

The journey to Budapest, which is expected to take around 15 hours, took Dudakova’s family four days by car, she said.

Dudakova said she shared the experience on Heygo, describing long lines of cars waiting to cross the country’s borders, gas stations that ran out of gas and grocery stores deserted.

Dudakova also recalled seeing fathers and husbands at the border saying goodbye to their families since most Ukrainian men are bound to stay and defend the country. Dudakova said her husband joined her with her children in Budapest; fathers of three or more children are exempt from the Ukrainian government order forcing men between the ages of 18 and 60 to stay and fight Russian forces.

Dudakova said that by sharing her observations on the road, she “became a symbol of refugees”.

Since leaving Kyiv, Dudakova said she has tried to incorporate elements from her older tours — like cultural stories, historical facts and lessons about architecture — into her more recent ones.

For the first half of a recent tour, Dudakova said she showed videos of the Mezhyhirya Residence, locally dubbed “Versailles of Ukraine,” an abandoned Kyiv mansion built by former Ukrainian President Viktor Yanukovych. For the second half, she shared her experience moving into her grandmother’s apartment.

Now that her family has temporarily moved to a hotel in Budapest, she said she introduced different historical places and talked about the links between Hungary and Ukraine. She said she is also sharing updates on her current situation and what she has heard from relatives, friends and relatives who have been in Ukraine.

The tips Dudakova receives from her Heygo tours – which are free and funded by tips – are her family’s main source of income right now, she said, adding that they helped fund Dudakova’s trip. his family in Hungary.

She said the tours have also been a source of hope.

Dudakova said one viewer offered her a vacation home in Bulgaria, and another said they would support her family if they moved to Winnipeg, Canada, which is home to a large Ukrainian population.

Dudakova said her tour schedule was uncertain, as was her future. Her family plans to stay in a hotel in Budapest for a week, she said, and after that she doesn’t know where they will go.

How to start a travel agency

Travel Guide: To tip or not to tip when traveling in Thailand?