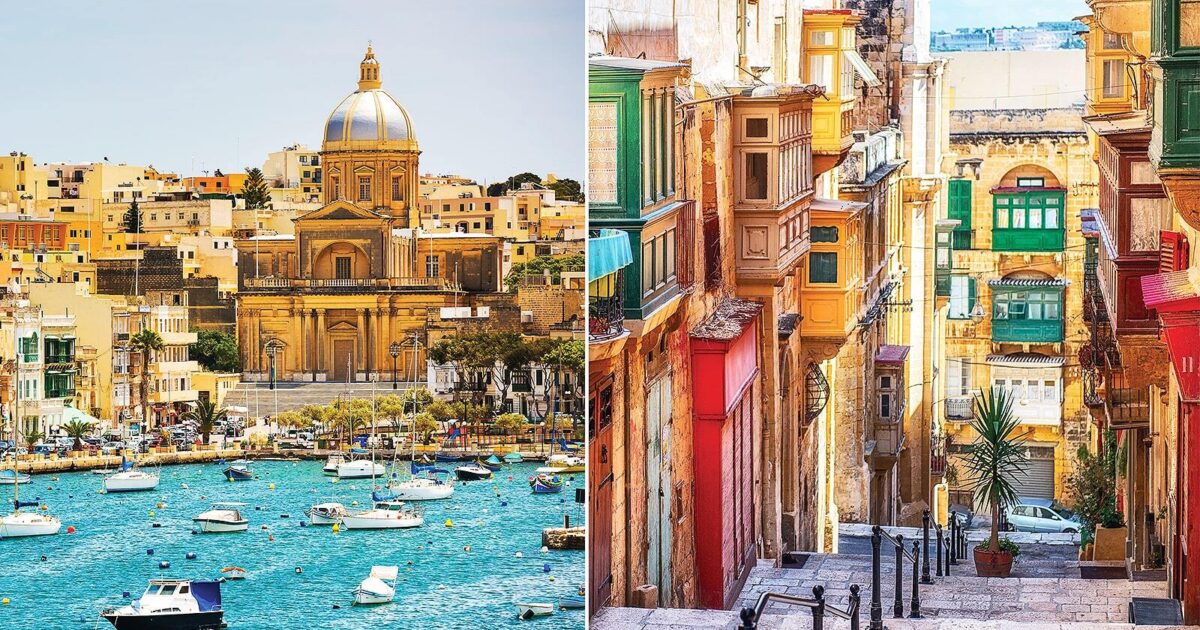 Valletta may be one of the smallest capitals in Europe, but the capital of Malta is a treasure trove of Maltese gems to discover – and it’s a perfect port to visit if you’re short on time on land.

Valletta has been independent since 1964 but retains a quintessentially British feel, with red telephone boxes on the streets and English as the official language.

In fact, occupied by the Romans, Normans, Turks, Spaniards, French and, more recently, the British, the history of Malta reads like a Who’s Who of conquerors.

The national flag of the small island still bears the George Cross, awarded to the entire island by King George VI in recognition of the courage of the people in the face of repeated air attacks during World War II.

The beautiful walled city of Valletta was founded in the 1500s by the Roman Catholic Knights of St. John, and today it is a UNESCO World Heritage Site, known for its museums, palaces and large churches. Its narrow streets are easy to explore on foot – and even if you get lost, you’re never too far from the cruise port.

What to do in Valletta

Located on the Place Saint-Georges, the imposing building of the Palace of the Grand Master was built between the 16th and the 18th century for the successive Grand Masters of the Order of Saint John, then the rulers of the island. In the sumptuous state rooms, the richly painted ceilings and sumptuous tapestries reflect the ambition of the Grand Masters to preside over one of the great courts of Europe.

Built by the Knights of Malta and embellished by the British, these magnificent arcaded gardens stand atop the imposing walls of the Bastion of Valletta. Here you can admire the Grand Port, stroll around monuments and sculptures, and cool off by the perfect fountain. There’s also a lovely beer garden, but don’t be surprised by the Salvation Battery cannons, fired daily at noon and 4 p.m.

Completed in 1577, the simple exterior of this grand church hides one of the most dazzling Baroque interiors in Europe. Admire the golden frescoes, sculpted monuments, richly decorated marble floors and breathtaking vaulted ceilings. And don’t miss Caravaggio’s 1608 painting, The Beheading of Saint John the Baptist, not only the greatest work of the great man, but also the only one to bear his signature.

The 21st century meets the past in this breathtaking audiovisual experience, using 3D film and special effects to recreate the history of Malta, from prehistoric times to the air battles of WWII. With movable seats, air jets, and water jets, it’s a jaw-dropping 20 minute trip that’s great fun for kids, and a great cheat guide for adults too (you can always tell you that it is a springboard for new discoveries).

Best restaurants and bars in Valletta

Malta’s food scene is a rich fusion of all the cultures that have crossed over here over the centuries, and you’ll get a feel for its diversity at Valletta’s charming covered market. Spread over three floors of a restored Victorian hall, this is foodie heaven – but if you only try one thing, make it a pastizz, a puff pastry confection that can be enjoyed salty or sweet.

A major pedestrianized thoroughfare in the heart of Valletta, Republic Street is full of great bars and restaurants – but if you’re lucky enough to get a table at Noni, you’re really going to be in for a treat. The philosophy here is fine dining in a warm and informal setting, and chef Jonathan Brincat received a Michelin star in 2020 for his delicious Maltese / Mediterranean cuisine with a modern French twist.

Serving traditional Maltese home cooking, this cozy and friendly restaurant is set in the cellar of a historic house on Santa Lucia Street. Try the slow-cooked hotpots or the Maltese meze with local goat cheese and homemade ravioli. It should be noted that Legligin remains open on Sunday evenings when most restaurants in Valletta are closed, but it is very popular and reservation is essential.

In this bright and lively place on St Dominic Street, they are master makers of ftira, the traditional Maltese ring-shaped bread that also makes an excellent pizza base. You’ll find an amazing range of toppings here including pork belly and Maltese sausage with thinly sliced ​​potatoes, but you can also opt for more traditional dishes like meat stews (stuffat) and ravioli (ravjul).

What to buy in Valletta

The town of Mdina, just outside of Valletta, is known for its beautiful glassworks. Watch the artisans at work at Valletta Glass and shop for their stunning creations to take home – carefully packaged, of course.

Widely available, this drink with its improbable sound (in fact made from prickly pear) is traditionally served as an aperitif or as a digestif. With a flavor of strawberries and raspberries, it is also excellent in cocktails.

Lacemaking is one of Malta’s oldest traditions. Queen Victoria was a great patron and she is pictured wearing a lace shawl in her statue in Republic Square. For the authentic item, visit Joseph Busuttil on Valletta’s shopping street.

When to go to Valletta

Spring and early summer are the best times to visit before the city gets too hot and crowded. And if you don’t mind the slightly cooler waters, now is the perfect time to take a dip from the stunning beaches of Mellieha and St Julian’s, a short boat ride away.

Valletta has a Mediterranean climate, so June to September is generally hot and dry, and December to February is humid but mild. With average temperatures ranging from 16 ° C in January to 32 ° C in August, you won’t need to bring a fleece.

How to get around Valletta

Small and compact, the city is easy to explore on foot, with good walking shoes to tackle the hills. It is also worth giving yourself a boat trip to the Grand Harbor to experience the beauty of Valletta from the water.

Where to stay in Valletta

If you really want to push the boat, stay at Casa Rocca Piccola (casarocca piccola.com). Once home to the nobility, today it is a chic boutique hotel with just five spacious rooms and suites, located in the heart of Valletta.

How to take a cruise in Valletta 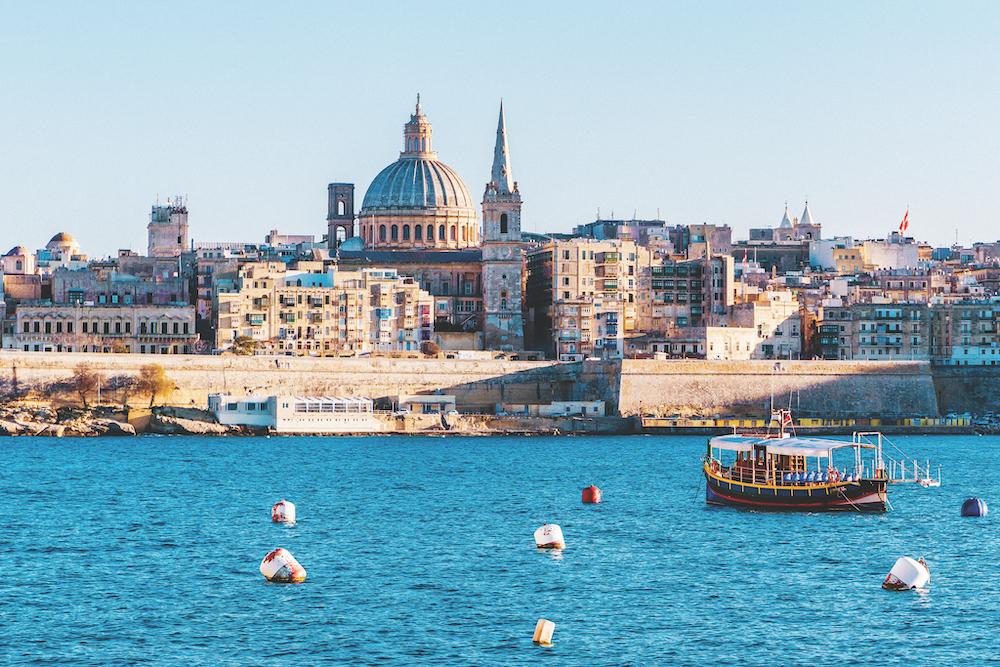 Troy, Game of Thrones and Gladiator and were all filmed in Malta, and it’s easy … 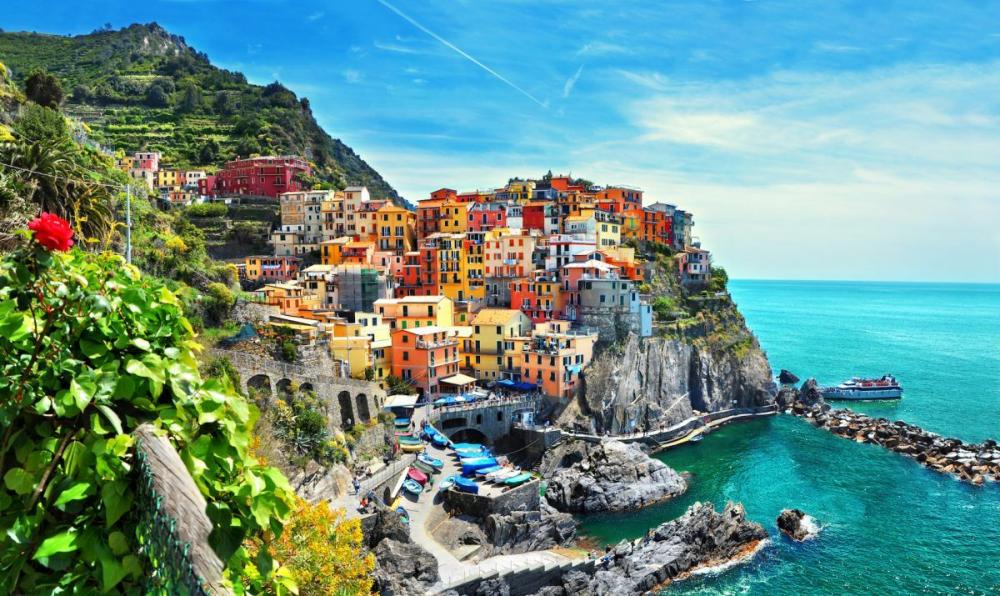 Italy is one of the most beloved and renowned countries in Europe, enjoying a… 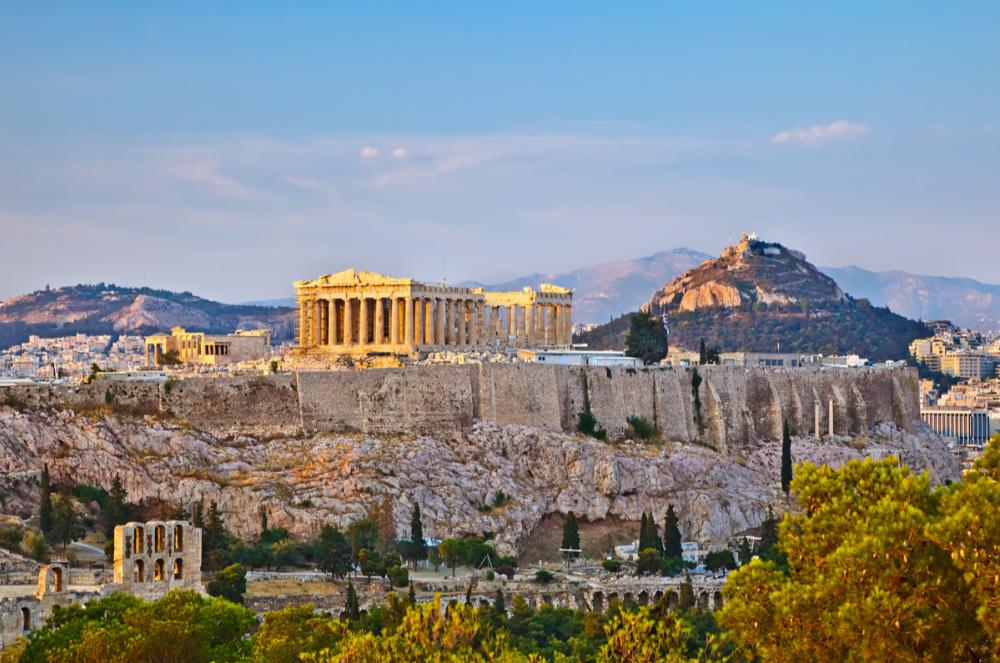 When it comes to stunning coastlines and idyllic islands, nowhere else does it look like Greece.…

Explanation: What is the IATA Travel Pass and why is it needed?