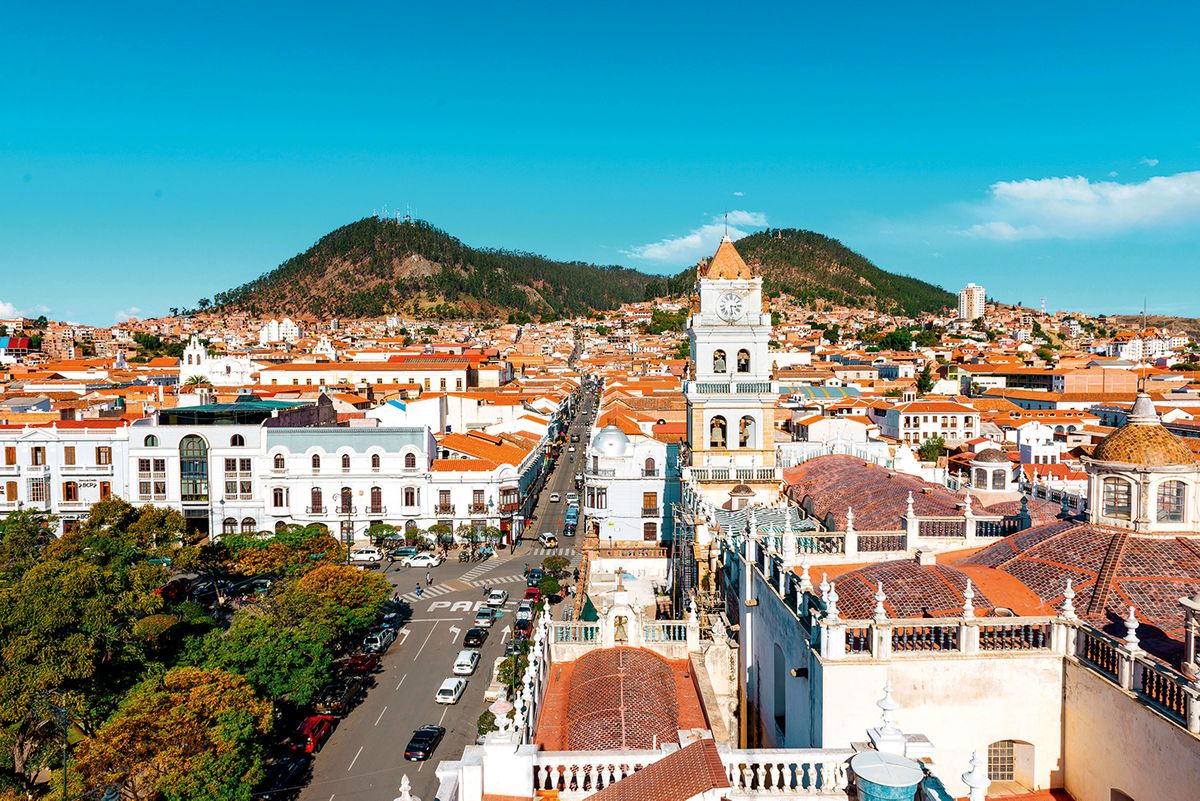 Your travel guide to Sucre, Bolivia

After playing a key role in the struggle for independence from Spanish rule, Sucre became the capital of the new Republic of Bolivia in 1825, but political and economic influence gradually faded. In 1899, following a brief civil war, the presidency, congress, and de facto capital status moved northwest to La Paz, although Sucre was allowed to retain the title of constitutional capital. .

Today it has a population of around 360,000 and although the engines of political, economic and social life are elsewhere, it has retained an air of cultured middle class with its tidy streets and relaxed pace of life.

The city center is a treasure trove of well-preserved architecture from the 16th to 19th centuries, laid out in an orderly grid system. The sprawling Plaza 25 de Mayo sits in the center, surrounded by a mestizo-baroque cathedral, a neoclassical town hall, and an elegant former presidential palace. The surrounding streets are lined with equally impressive churches, chapels, monasteries, townhouses and university buildings, their gleaming white adobe walls and red-tiled roofs glistening in the sun.

This heritage is taken seriously: historic buildings must be whitewashed every year – a uniformity of color that has given rise to another nickname, the “Ciudad Blanca” (White City) – and modern constructions are firmly confined to the periphery. This rich history and architectural splendor could easily have made Sucre a museum piece, but the city has a youthful, cosmopolitan feel thanks to the student crowds at its universities and a constant stream of gringos. Many historic buildings have been transformed into boutique hotels and inns. There is also a proliferation of Spanish language schools aimed at backpackers, and many European migrants have set up travel agencies, restaurants, bars, galleries and other businesses. This has contributed to the creation of a thriving food, alcohol and cultural scene.

Beyond the historic center, Sucre emerges from its monochromatic appearance with a pair of colorful architectural sights. In a park near the Supreme Court stands the Eiffel Tower, which was installed at the beginning of the 20th century. It is a miniature version of the Parisian original and was designed by Gustave Eiffel himself. About 12m tall, it has a spiral staircase to a viewing platform and – when I last visited – a coat of pumpkin orange paint.

South of the city center is a more extravagant construction, the coral-pink Castillo de la Glorieta. Built at the end of the 19th century, this kitsch castle was a vanity project for mining magnate, banker and diplomat Francisco Argandoña Revilla and his wife Clotilde. It features a trio of towers: a replica of London’s Elizabeth Tower, home of Big Ben; the Russo-Byzantine style Prince’s Tower, surmounted by a turquoise bulb; and the octagonal Princess Tower, with keyhole-shaped windows.

Visiting the castillo is like stepping into a Hollywood version of One Thousand and One Nights. Yet there is more to Sucre than its history and architecture. A steep 20-minute hike uphill from the main square will take you to the Recoleta district, home to a 17th-century Franciscan monastery, a watchtower with panoramic views of the city, and most importantly, the illuminating Museo de Arte Indígena. Run by an NGO named ASUR, the museum supports and showcases the traditional textiles of the indigenous Jalq’a and Tarabuco people, who live in the surrounding area. The exhibits are exquisite: multicolored ponchos, shawls, tapestries and chuspas (small bags for carrying coca leaves). Tarabuco designs feature bright scenes of daily life including agricultural work, religious rituals and festivals, while Jalq’a designs have darker shades and supernatural imagery, such as gods and demons.

Arguably Sucre’s most spectacular attraction is a short drive north to a cement plant on the outskirts of town where a towering grey-white cliff rises from a large quarry as heavy trucks charged pass. Here you’ll find the Parque Cretácico Cal Orck’o, which – beyond its menagerie of model dinosaurs – has a cliff-facing viewing platform. At first glance, the wall seems indescribable, but as you slowly concentrate, you can see that the myriad indentations covering the surface are actually dinosaur footprints. In total, the cliff has more than 12,000 individual tracks of no less than 15 different species of dinosaur from the late Cretaceous (68 to 65 million years ago), making it the largest and most extensive collection most diverse of its kind in the world. Guided tours take you into the quarry and offer close-up views of giant Titanosaurus and Tyrannosaurus rex footprints – a fascinating experience and a reminder that Sucre’s history goes back much further than you might think.